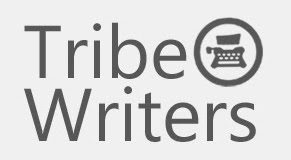 I was never the first kid to grab the stick and bash the piñata at a party. I may have been a wee bit too boisterous at times, I may even have been perceived to be an extrovert. But then, and now, I actually suffer from acute shyness that is frequently misinterpreted as arrogance, or even a massive case “who-the-hell-does-she-think-she-is?  I am capable of being engaging and even charming on social media. I can appear supremely confident and self-assured  in front of a  TV camera  But plop me a room with three hundred people at Tribe Writers, whom I don’t know and who’ve never heard of me, and I freeze up solid as a pre-climate change iceberg .

I am a master at solitary pursuits for precisely the above reasons and will quite contentedly spend hours cooking or writing with only my thoughts to keep me company. I have travelled solo so much of my life that actually having friends came as quite a shock. I know I have been very mysterious about this global writing adventure with all of you and I apologize.  Over the last nine months I have become quiet about my whereabouts now that I am no longer chained to a kitchen stove. So, coming clean, this past week was spent in Franklin Tennessee at a writer’s conference with Jeff Goins called ‘Tribe Writers.’ 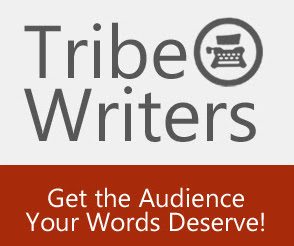 So it was with great trepidation that I agreed to attend the opening get-together of Tribe Conference 2017 at the Frothy Monkey in Franklin Tennessee. Weeks of dread and mounting apprehension gave way to two sleepless nights before my drive to the convention began.  And it was with anxious desperation and nascent panic that I finally took a deep breath, pulled the door open and walked in. I even put on my lucky lime green boots because I felt like I needed all the

help I could get. 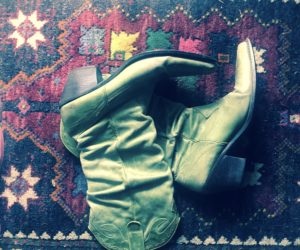 The boisterous din grew with each step up the stairs. About halfway up, it got my body’s attention and caused the anticipatory butterflies in my stomach to flutter.

My head hurt, I needed alcohol in a medicinal way, and I was pretty sure that I would be dressed wrong the entire weekend. I squinted hard and tried to recognize people from their tiny thumbnail profile pictures, my crossed eyes must have signaled my befuddlement, because fortunately,

Several very nice people with better eyesight recognized ME and sucked me up like a sparkly lime green Pixy Stix.  I was careful not to stray from these kind souls so I wouldn’t find myself alone and squinting again. In due time, these very same Samaritans tossed me in their car to head over to the opening presentation and then thankfully stationed me at their front and center table for the rest of the conference. Had I followed my natural tendencies devices, I feel certain I would have ended up hiding out in the back of the room for the next three days with only my lucky boots to keep me company.

One of the opening speakers, YesYes Marsha,described this phenomenon so well during her “Dork Goblin” introductory exercise that I almost peed my pants. Paradoxically this actually would have made me more comfortable as my Dork Goblin tends to freeze up and lose control of essential bodily functions. The best name for my Dork Goblin would probably be ‘Whizzer,’ which has nothing to do with her intellect. Whizzer is an unlikable teenager who has spent far too much time alone in the basement. She may have watched every episode of Veronica Mars more than once but would never admit it. When talking is required of Whiz, she is happy to opine on every subject she knows nothing about, and she believes she knows the correct answer to all questions. But in reality, she talks way too fast, uses way too many words, and usually ends up sounding like a complete wanker, to everyone but herself, of course.

I’m not really sure what my expectations were for my first ever writing conference. For one thing, I was pretty sure that I was going to have to pick and choose which people I would hear speak. I mean, they couldn’t all be so great – right?

I also thought that there would be workshops where professionals would tell me how bad my grammar was and ask why on earth I thought I could be a writer anyway? I certainly did not expect what happened; that I would become entranced and fall in love with every single speaker. Jeff Goins moderated the experience from the very beginning to teach you how to find your voice and your platform. 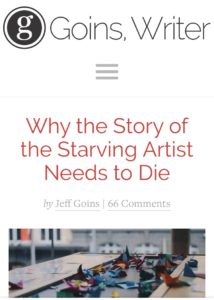 I did not anticipate coming home with two 150 page notebooks completely filled with notes, including my drunken ramblings with a purple sharpie at the Convert kit party. I did not expect to come home with many beta readers, a story coach, a blog coach, a month of convert kit for free(squeal!), a dozen books, don’t hit publish,  video coaching, publishing help, and lots of wonderful new friends. I did not foresee having midday dance parties, or to making travel plans to visit my new best buddies.  I was pretty sure that all the people who had been gushing online about “finding their tribe” were the super cool jock/cheerleader kids in high school; the clique I definitely never belonged to.

I could not have been more wrong. They were wonderful and kind people who were enthusiastic about what they were doing, learning how to do it better and then graciously teaching everything they knew to anyone who needed help. If there was any cheering involved, I was shouting just as loudly as the rest of them.

Some of my personal highlight reel take away’s were watching Yes Yes Marsha captivate a room by telling a story that didn’t have to be large to be compelling. Listening to Sean McCabe tell the story of his book in thirty days and then hearing the phrase “going full McCabe on it” light up the break room. Watching Jeff repeatedly trying …and failing… to look cool in those ridiculous chairs but never, ever, giving up. I fell in love with Natalie’s undeserved life and her profound bravery. I realized that even Jon Acuff sets up personal bribes for himself upon completion of his manuscripts. 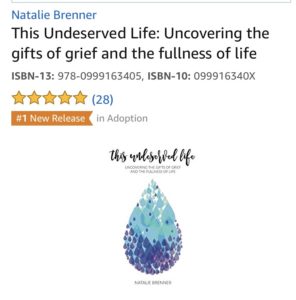 As I depart for a deep writing dive over the next month, I’m taking each and every person I met with me; participants and speakers alike. I’m going “full McCabe” on my manuscript where I too will speak my truth with unflinching bravery. I will be rewarding myself with next year’s Tribe ticket, but only AFTER I’m finished. And maybe, just maybe, I’m also going to bash the piñata with YesYesMarsha while sporting a really darling dress that I will pair my lucky boots.  One thing is for sure; someday, someday very soon, I’m going to be one of the success stories sitting up there in those ludicrous seats with Jeff and trying to look impossibly cool.

If you are interested in finding out more about Jeff Goins and Tribe go to www.goinswriter.com  and www.Tribeconference.com

If you would like to see how amazing YesYesMarsha is go to www.yesyesMarsha.com

For some hilarious motivation on The Art of Done find Jon Acuff at www.acuff.me

If you want to carpool to next years conference PLEASE let me know. My hands and feet were vibrating for days….