America held her breath on Friday two weeks ago; a pause in the normal shuttle and grind in daily life. For one day we listened breathlessly while two people testified in front of the world. Twitter and Facebook were flooded with stories of #whyIdidntreport and #metoo . Any other news took the back seat as a very average, middle aged woman, bravely told her truth about her memories of sexual assault while the entire world watched.

I have been open about the sexual abuse I suffered as a child at the hands of my uncle. My #metoo story

was written after Ann Coulter’s infamous statement in 2014 claiming  most reported rapes were just “girls trying to get attention”. (*1) While the hash tag #metoo didn’t exist yet, I wrote a furious op-ed about being raped then sent it to our local newspaper. ‘Such subjects weren’t nice,’ I was told. ‘Such subjects weren’t discussed’ and ‘are you really sure you want to tell this tale?’  I said yes, but they didn’t publish. I put the story in my documents folder, and buried it just as I had buried the abuse for so many years. Every time it reared its ugly head I could subdue it by telling myself it was so long ago, it didn’t really matter. I was ok, right? My family of origin couldn’t hurt me anymore. I had escaped. I had had lots and lots and lots of therapy. I relentlessly tried to self actualize. I chased enlightenment and meditated constantly to find forgiveness and peace. Then I would alternate all that good-for-you stuff by drinking too much. Something had to work eventually to suppress the pain.

The reality was, the more I pushed down the abuse, was even civil to my abuser on multiple unexpected and unsolicited occasions, the more it was there. While I had been told repeatedly to “get over it” by my biological family I just couldn’t seem to let it go. The closest analogy I’ve come up with it that it was like an enormous, puss filled boil under the surface of my skin. It hurt, but it just wouldn’t erupt. It was an infectious nagging reminder of my damage. Even when I ‘lanced’ the wound by reporting and pursuing therapy there was still a scar, a crater where once I had been flawless. There was an independent living pulse I could feel constantly throbbing in the damaged spot. I couldn’t ‘get over it,’ my only option was to go on without giving up.

It never went away.

This past two weeks the ‘puss filled boil’ so many of us have under our skin bubbled to the surface and into public view when tens of thousands of women told their truth on social media. The trauma and pain of survivors flooded the internet with all the reasons #whyididntreport .  Filled with hurt and rage their stories weren’t listened to in the past, many spoke their truths loudly and bravely. They had been too afraid, they hadn’t been listened to or even ultimately they hadn’t been believed. As the victim they had almost universally been blamed.

After I told my story, many women friends who were still afraid to say the words aloud sent me private messages.  They were not ready to go public, but they just had to tell someone, anyone…’This is what happened’ and ‘this is why I didn’t, why I couldn’t, report.’ I heard the same sad story over and over and over again.

I hear you. I believe you. I am so sorry for the pain you have suffered.

Every generation has its curse. The curse of my generation was unbridled freedom without structure. We were raised post sexual revolution but without a blueprint of what constituted healthy, respectful and informed consent. Sure, a lot of good men knew right from wrong, but there were also many who thought it was acceptable to physically intimidate, pressure or even forcibly take what you wanted. (*2) As women we were not given the power to speak up without consequences. We were told to be docile while spreading our legs and to keep quiet about it afterwards. Good girls didn’t create a fuss. If you were violated or hurt without your consent and you spoke up, you were re-victimized and shamed.  The hurt was relived again and again post trauma. 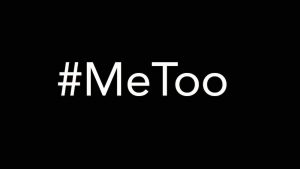 That same dynamic was still evident in the hostile reactions to Dr. Ford’s testimony. The reasons for not validating her experience ranged from: It’s been too long. She was too young to remember. She doesn’t have enough details.  He never raped anyone else.  Boys will be boys. He was still underage.

The excuses for his behavior thirty six years ago and his behavior on the stand have been endless. The narrative was turned around so now men are the greater victims of false accusation. Men are the ones who bear the risk to their reputation and their livelihood. Men bear more of a burden if accused than the women who was violated. Many who voted for his appointment pointed out that the burden fell on the accuser, since the man was innocent until proven guilty.  Kavanaugh’s anger and hostility, all emotions denied to Ford, were found to be “credible.” She tried to please her inquisitors, he lashed out in indignation. His anger was just, but the anger of a nation of women betrayed was considered a political hoax.

I do not see Kavanaugh’s fitness for the Supreme Court to be a political issue, but rather a moral one. When I did a DPR story on his nomination my research indicated a man with a strong judiciary background. While he didn’t hold the same core values as I did, I didn’t see anything which indicated he was unfit for the office. He wouldn’t have been my choice, but that didn’t mean he wasn’t a qualified candidate. 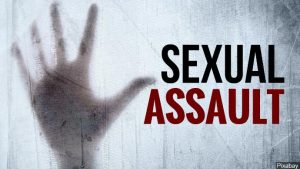 Then he was accused of sexual abuse and perjured himself repeatedly on the stand. He was belligerently partisan and misogynistic towards the female senators. He was hostile to all the senators he felt opposed his nomination.

(For those of you who dispute he lied deliberately please refer to the Urban Dictionary for the definitions of ‘Devils Triangle’ and ‘Boofing.’)  https://www.urbandictionary.com/

His testimony showed him to be a man who does not represent the best of what we are as a nation, but rather brought our weaknesses into sharp relief. He did not listen. He did not show judicial temperament. He did not show himself capable of rising above politics to do what is right and just for all the citizens of our country, not just those who can afford it. We will probably never have independent confirmation of what happened in that bedroom in 1982. I know that I don’t need to have Mark Judge to incriminate himself to tell me what I already know: something happened and it wasn’t good. Something happened and a woman has spent the last 36 years of her life trying to forget it. Something happened and the politics of the appointment took precedence over the morality and integrity of our political system. 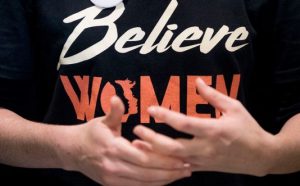 Rather than use this crisis as a teaching moment to #believesurvivors and honor the outpouring of pain from women all over our nation, the narrative was again flipped to favor the patriarchy. Generations of women who have been physically and emotionally damaged by subjugation and violence were only asking to be heard and validated by those in political office. ‘Hear me. Hear my pain. Say you believe me and you will make sure it never happens again.’

Our voices were ignored.

I do not want this man to make decisions which will affect my children for the rest of their lives. I do not want a President who has been similarly accused on multiple occasions to not have to face his accusers as well. I don’t want the rule of law which governs our country to be the golden rule of “he who has the most gold rules,” but rather what we were taught as little children in our house of worship or our school rooms. ‘Treat others the way you wish to be treated. Do good things. Be kind.’ I do not want the people in power who ignored the rage of half the nation to continue to govern us. No matter who they are and whatever their political motivations, they did not uphold the contract they made with the American people to selflessly serve the interests and safety of each and every one of us over their own reelection.

What I’ve learned this past two weeks is now is not the time to be silent. Now is the time for all of us who are able, to speak our truth and demand to be heard; an undeniable truth which has echoed in every corner of our country, regardless of how expensive the real estate is.

To all the women who have told me their stories and unpacked their anger, I hear you. Now is the time to take your rage and vote according to the dictates of your conscience. Now is the time to not be silent but to be incredibly loud. Be vocal. (One of my favorite how to links on getting vocal https://t.co/hz7E3xMRqR ) Do not allow yourselves to continue to be silenced and even if you can’t tell your story, demand that the voices of all Americans are heard in the voting booth.

Over the last four decades I have held my truth silently. I have spoken to three decades of therapists but have not confronted my own rapist. I have often wondered if I would feel differently if I demanded he listen to my real anger, not the subdued, polite and socially acceptable version of me he has interacted with for forty years.

I don’t know if I can. I don’t know if I will. But I do know I will take my sense of betrayal toward our political system into the voting booth and I will vote for anyone who has stood against this injustice. I will vote against anyone who has not chosen to acknowledge this rape of justice. As a nation we deserve better than what has become our democratic process. As a mother of daughters I want to live in a country where the voices of the innocent victims of abuse are heard clearly and honored by those in power. As a citizen I want our safety and freedoms to be protected equally. I want our political representatives to honor their commitment to serve each one of us.

I have learned that not only do I need to speak my truth; I must demand it be heard. 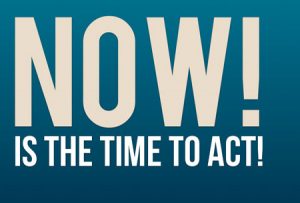 PrevPreviousRape of justice
NextWhen It’s Done: The Making of a ChefNext