When I was twenty I got into an argument with God.

I was furious about the injustice of my upbringing. I was angry that I had been abused, hurt, neglected and then ultimately blamed as if I were responsible.  I was angry that even when I raged and screamed and demanded an apology from my family of origin and the perpetrators of my abuse no one cared enough to even comfort me, let alone admit how much it had sucked. How could God let these things happen to me when I was a small child? What was the point of being good, or even of being innocent? What really was the point of trying to live a good life if ultimately fate was cruel?  God had not cared what happened to me at 4 or 12 or even 20. If God existed (and I still believed S/He did) then why had  I been hurt repeatedly by the people who were supposed to love me? I read everything I found on the subject, “Why Bad Things Happen to Good People” by Rabbi Kushner was my favorite at that time. It comforted me somewhat with its version of a benevolent God who did not take hand in the affairs of men but only helped them deal with the consequences. Yet, I was still filled with sadness and consumed by self-loathing and self-blame. So I did bad things. Obviously I was unlovable anyway and so it ultimately didn’t really matter if I did drugs or was promiscuous. Horrible things had happened to me already so what did it matter if I was virtuous or a slut? I shamed myself and whispered during the dark nights of my soul that I deserved all the bad things that had been done to me.

When I look back on my twenty year old me I want to give her a big hug and tell her everything will be OK.  I want to tell her that the bad lessons were just the way the soul expands and grows to be more open and empathetic. Those lessons and the lessons of the next thirty years were part of the gravitas which would build her character from a damaged and hurt young woman to an adult of substance and strength and determination . Each really tough lesson would provide learning on how to become a better person and if she could only just open herself to the experience it would allow her to access and embrace the knowledge.

And while I have discovered that thirty years later I am sometimes still angry and hurt and raging, I have realized that I am no longer angry at God.  I am, however, still angry that I didn’t have a loving mother. I want to be forgiving and grateful that her sins and neglect have made me a better parent. I want to thank her and my biological father for the abandonment that forced me to be resilient, and fiercely protective of my own children. On most days I can still find that place of peace and forgiveness. But then there are the others which fill me with sadness and tears and make me question what is the point of all these f*cking growth experiences if I am not stronger for it? My belief system has evolved over the last thirty years to a place that while I still believe in the free will to make bad decisions, I know with concrete assuredness that the bad decisions of others that hurt us are simply part of the growth lessons which are part of our soul’s learning curriculum. Even in knowing that truth, there are some days I am still that sad and angry and abandoned young woman who really just needs a hug from a mother she never really had.

The last couple of weeks have been filled with loss and aging related problems in the older women who adopted me as their adult child. These women have acted as a touchstone to remind me that I am still loveable despite what I had been taught. I have also had one of my infrequent email interactions with my mother. My mother is a classic narcissist with a little bit of a sociopath thrown in for dark humor. Even though I have known for years not to engage, her last little bout of drama cut me sharply. I regress when I am thrown back to into her thunderous maelstrom of emotions and accusations. I am filled with anger and rage that roars to life but ultimately subsides into a deep and abiding sadness.

I struggle with gratitude at times like these. I have so very much to be grateful for. My life is an amazing gift. Everything, literally EVERYTHING, is wonderful and glorious and almost perfect as it could possibly be. And yet in spite of all my blessings I am still sad.

I do the things I know will make me feel better and try not to do the things I know don’t work. I meditate. I work out till I can feel every part of my body ache from endorphin related exhaustion. I cook. I clean. I play with the puppy. I try not to drink too much. I try not to climb into bed and turn off the world by turning on Netflix. I spoke to someone I love today and he told me much of his adult life has been spent wanting to hide from the world. I am lucky that I don’t feel this way most of the time and I am sad that he does. I am sad that so many others suffer in this way most of the time.

I asked on social media how people cope with depression. Many posted methods honed over a lifetime of dealing with this debilitating illness. Music, art, creativity, working with animals, helping someone else, essential oils…this list was as individual as the people posting their answers but it reminded me that I am not alone. My favorite was “cheese” because cheese is sheer joy and life. I get that. For me feeding people loving food is how I start to feel whole again. Anyone who ever said money doesn’t buy happiness has never gone with me on a grocery store field trip.

I will bounce back. I always do. I will dissolve the sadness and depression to focus the on the truly wonderful. I will cook away the sadness until life is glowing and radiant again. I can cook with love and create beautiful food for the people that love me. I can feed myself and my family and friends with wholeness and someday the sadness will fade like this summer has done. Into a blaze of half remembered sun bright hotness and the black of the eggplant which roasted on her embers. 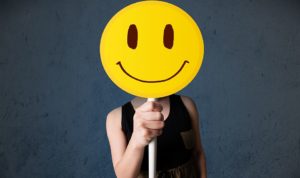 Preheat oven to 400 degrees. Line four cookie sheets or pans with tin foil and put eggplant in one and zucchini in another, cauliflower in the third. Cut tomatoes in half and toss with olive oil, place cut side up in a single layer on a cookie sheet. Liberally toss all vegetables with olive oil and put in oven, move everything but the tomatoes around frequently and cook until edges are crispy and browned. Remove from oven and carefully drain all extra olive oil off. Pour into a small pot and put in garlic cloves. If there is not enough oil to cover add till cloves are covered. Bring heat to medium and watch carefully until outsides are browning. Remove from heat and let cool. Residual heat will cook cloves through. Pour off excess oil into a pan and put onions in large deep pan over medium high heat. Cook until deeply caramelized.