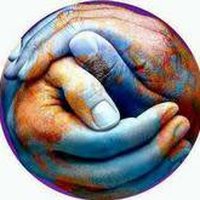 I would like to give a big shout out to the team over at The Refresh and thank them for publishing my second article. Here is the link to follow:

It all started with a misplaced bottle of water.

I left my idyllic little resort town of Rehoboth Beach in Delaware early Friday morning. A dear friend was being laid to rest in Cumberland, Maryland and I was facing a long, difficult, five hour drive. I packed road food (because I am always hungry) and water bottles and put them on the back seat. The food, which was to last me all day, I finished in twenty minutes flat. The water bottles, I completely forgot about.

I decided to check out staying in an Airbnb on this trip. I had planned to use Airbnb’s throughout Europe this coming fall. Cumberland seemed like a safe test run, even though my eldest daughter made me pack my “tactical police strength” pepper spray. I had travelled all over the underdeveloped world before cell phones existed, and nothing spray worthy had ever happened to me. I have amazing travel karma and it’s just Maryland for heaven’s sakes.

But, Holly had insisted, “Pepper spray, Mom. You never know.”

We’ve very purposely lived in the bubble of a tiny, liberal, racially diverse, post gender, tourist town called Rehoboth Beach. It sits on the edge of a county that voted 60% GOP in 2016.  I had specifically chosen Rehoboth to raise my children as a community that would enable them to grow up as strong, powerful women. I was raised in Southern California on a hippie commune for most of the 70’s. So these ideals were ingrained in me, and they are still at the core of who I am. In Rehoboth, I sought to provide an environment for my young girls where I could more easily nurture and express my values, and by example, show them that it was OK to be the head of a household, the lead of a conversation and in charge of their own destiny.  I was a main street, “boss lady”; one of the few female restaurant owners and chefs in town. I consciously modeled for my girls what not being road blocked by the outside world’s opinion looks like. And my town reflected my own social morality. What you look like or who you sleep with does not define you: what beats within your heart does.

The Rehoboth bubble worked well for me and my girls. And it still does.

But she was right, you never know, because I was going right into the heart of Trump country. My trip plan was one big long red zone. The whole of the rural Delaware and Maryland counties I traversed  were ominously lined with billboards entreating his rallying cry . If Trump was going to ‘Make America Great Again,’ he better start with Western Maryland. Economically depressed, and, like most of America these days, with a huge homeless and opiate problem. The decay caused by years of hard times was everywhere. As I pulled into town, abandoned homes were boarded up, the streets were in disrepair and the homeless crouched as if invisible in the empty doorframes of long gone businesses.

No beach, no boardwalk, no ocean breezes. I was sad. I was disoriented. I was hot. I was hungry, and honestly, I was feeling slightly awkward being an Airbnb guest in the home of a Millennial. I checked into my room without incident, and without pepper spray use, and changed quickly for the wake. On the way to the funeral home I hit a bump and thought nothing of it. Unbeknownst to me, a water bottle had burst open, spilled its contents, and shorted out some wires hidden under the carpet of my too complicated car.

The wake was over, it was sad. I had too many martinis. Time to leave. My rented millennial pillow was crying out for my generation x head to rest itself on it. A friend drove my car and noticed my car lights wouldn’t turn off. I was pretty sure this had to be an easy fix. How hard is it to turn off the lights?  Jake, my Airbnb host, and about eight of his buddies were hanging out on the front porch when I returned. Normally, I’m very self sufficient. But I didn’t think I should be tampering with electricity after the quantity of martinis I had consumed. One of these guys must have adequate car repair skills or be sober enough to turn off my lights, right? So I asked them to take a look .

Two of the young men attempted to fix the problem for the next three hours. They finally decided to just disconnect the battery cable so it wouldn’t die overnight.  Once my car was sorted, I joined them on the porch. Eventually as all things tend to do in America these days, the conversation turned to politics. It turns out, Jake, my host, was planning to run for office. Jeremy was trying to raise his young family in this  area of economic hard times. Surprisingly (to me) they both were quite enthusiastic about what they perceived as their obligatory roles in fixing the problems of their home town. Cumberland is a neglected town, Jake told me, where the governor had visited once in his four years in office. Over lots more vodka we brainstormed his mission statement, and his path to the Governor’s office.

The next morning Jake reconnected my battery and I raced to the dealership which was over an hour away. At the dealer, another determined young man tried for another hour to figure out what was wrong. He couldn’t fix it either. He finally said I would have to go to my local dealer once I got back home. He didn’t charge me and he even asked if he could take care of ordering my lunch or getting me some coffee. I went for a run, and then to a gym and as I began feel more comfortable with the local landscape, I began to notice a pattern.

People were….Nice. Yeah, people were genuinely really, really nice to one another. One woman waved my car in, rather than speed up to be  first to get the parking space, a man held the door open for me at the gym and even smiled and said “have a great workout!” Somebody sneezed in the locker room and literally everyone present chorused, “Bless you!”

There was nothing special about where I was; just another small town in another flyover state. One of thousands of neglected American towns whose state leaders had forgotten it existed until it was election time. I don’t doubt that these nice people, this nice town, felt desperate and enraged  by what could genuinely be perceived as Washington DC politicians who cared for nothing but their votes.

I ended up being in the red zone far longer than I expected to; spending my last two days actively testing my theory that these people were genuinely nice to one another without guile or pretense. I actually would smile and purposely strike up a conversation with random people on the sidewalk or in the grocery line, just to see what they would do.

Not once did anyone ever ignore me, roll their eyes, or treat me like a crazy lady. Not once did anyone make me feel like anything other than a welcome addition to their town. These people didn’t know me, want or expect anything from me. I reflected on the fact that I had spent the last decade of my life thinking about the tourist season as an “us against them” contest. I was nowhere near as kind to strangers in my town as these people were to me, and I had depended on them for my living. The reality is that when I was in their hometown and dependent on their kindness they treated me with far more empathy than I actually deserved.

Even though these folks had plenty of internalized anger at the “system” to go along with their inspiring  hope, not once did the political rhetoric or conversations turn ugly. I made it clear I was Democrat. But, not once did I hear anything but hopeful concern from these people in this town that had been forgotten over a decade ago. Not once did I hear our political divide interpreted as an immovable ‘us or them’ ultimatum .  Not once did I feel like my liberal voice or my far left viewpoints were inferior or unwelcome.  While I had focused on Trump’s rhetoric and how it built a chasm in the national conversation, in this town people were struggling to find jobs, keep jobs, to support their children and trying to figure out something different just to make things better. I was obsessed with the Russian hacking, they were far more concerned  about the out of control rate of opioid overdose deaths in their county. I was obsessed with the Supreme Court and equal rights and all they while they were actually showing loving compassion to one another that is the end result of years of being your brother’s keeper.

I honestly felt truly humbled by my little unexpected stay in this  red zone. For the first time since the election I felt hope for our future. Hope that young men like Jake and young women like my Holly, will take the helm and fix the collective problems that my generation and the generations before have bestowed upon them. I felt, probably for the first time in my life, that we were a country of so much greatness. We simply need to remind our leaders that we are defined by our kindness and our civility to one another, the belief that we must help each other in times of crisis and band together in times of need.  If our leaders on both sides of the aisle can’t have a conversation with each other about how to find the solutions that we as a country deeply need, then we need to replace them with leaders that will. If the leaders we have now don’t hear that, then we need to replace them with the young people that will remind us who we really are; a nation defined by our compassion and commitment.

As I drove out of town there was a prayer vigil by the side of a river. Dozens of senior citizens were knelt in the middle of a grassy square. I pulled my car to the side of the road and got out of the car.  It looked like a scene from ‘The Leftovers’ without all the white. I stopped and spoke to a man on the outskirts of the group.  He was a beautiful older man with white hair and hazel eyes whose clothes were threadbare and far too heavy for the warm weather. In another world he would have been a leading man playing a Morgan Freeman role. He looked at me directly and without shame or remorse, “We have tried everything else in this town. Maybe God will help us. It sure can’t hurt.” And he knelt in the grass and counted the rosary aloud in time with the rest of the group. I watched for a while and then drove away.