i love my body 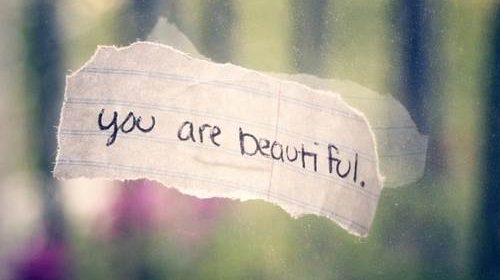 I love my body

I have spent of my life obsessed with food. I first pulled myself up onto the kitchen counter when I was two and a half and began a toddler savant’s journey through the Good Housekeeping cookbook. I have dreamt about food and recipes from every moment since, both while I was awake or asleep. I loved food, but I also loved the power it gave me to feed and nourish the people around me.  I was firmly convinced that world domination could be achieved with a spatula and a frying pan. It was a love/hate relationship. Food made me feel comfort and safety in a childhood that was comprised of various forms of abuse, but the consequences of eating became deeply complicated the older I got.

My disordered eating began at age eleven with the feeling that no matter how much I put on my plate it would never be enough. Not surprisingly, I got fat and was told so daily by my body conscious mother. My high school was populated with girls that looked for body doubles out of Abercrombie and Fitch ads and wore string bikinis at any opportunity. We modeled ourselves after Cheryl Tiegs and Christie Brinkley; any body weight over 120 was unacceptable. I entered puberty, with not only the normal curves of an adolescent, but also with the very clear understanding that I was unlovable because my weight was higher than that number. True or not was irrelevant, and as I became an early adult I knew that in order to be worthy of attention or love I would have to get skinny. 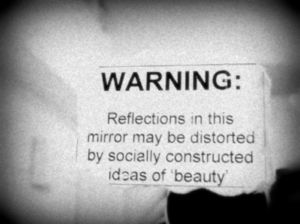 So I did, I lost half my body size and went from 160 pounds to 87 pounds over the first semester of my college freshman year.  My eating disorder represented exactly what I felt I deserved. And more importantly what I didn’t. I would starve myself because I didn’t deserve to be nourished. I would binge because I never could fill that emptiness inside that told me I wasn’t enough. I would never be enough.

Ironically, I became a professional chef. Now many decades into my love/hate relationship with food I am just beginning to understand how my childhood trauma led to why I overate and with that clarity I have become clear about how I needed to fix it.

What I have consumed has always been in direct correlation with how I felt about myself. I felt fat and unlovable so I would consume food that mimicked my feelings. I was a top chef at award winning restaurant but I was always on a ‘diet.’ I would sneak eat junk food brought in through the back door.  No one knew, no one saw, and no one was able to judge my lack of willpower and lack of taste.

I didn’t like myself. I didn’t like the way I looked and I was completely at the mercy of my food obsession. I never ate in public anything but the most healthy or esoteric ‘gourmet’ dishes. When I was by myself I would binge eat pizza, pasta, fried foods and even (horrors of horrors) junk food. I binge fed my body crap because I thought that was what I deserved. I continuously shamed myself for my disordered eating and allowed my mother’s voice to play on automatic repeat inside my head, I didn’t deserve love and no one was ever going to love me because I was fat.

I now look back at pictures of myself in my twenties and thirties and I am completely stunned to find that I am actually not really ‘fat.’ Certainly, there were times that I was farther along the ‘ample’ scale than others, but I am stunned my own self image was so off the mark of reality. I’m basically a ‘normal’ female size, not too large, not too thin. Sometimes a little too thin, sometimes not so much, but nothing dramatic, nothing noteworthy, nothing outside that reflected the heaviness I felt within.

I was just me.

Since I had to continue to live in my skin for the rest of my life, I decided to tell the mean old voice inside my head to SHUT UP. I have decided to act as if I love my body, every single last inch and pound of it, and to honor my imperfections much as if they were battle scars. I embarked on a daily program daily to relearn the way I spoke to and thought about myself.

See this smile line? This one belongs to my oldest daughter. See this stretch mark? I call that one Nick after my eldest. That love handle here? That one is cake baking with Hadyn summer 2017. Each crease and wound that I have carried as a physical reminder of imperfection, is now an object of love and adoration. Each pound that I have felt didn’t belong I have tried to welcome and embrace as part of a live well lived.

Obviously I didn’t believe it at first so I decided that I would have to act as if I did. Since I was able to create the belief that told me I was fat, I would be able to recreate one that shouted, “I love my body!” I would think that and nothing else. Every time I thought “you’re fat” I would dissolve that sensation into one of love and compassion and empathy for this amazing machine I have carried with me my whole life. 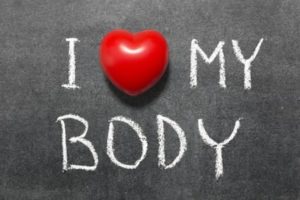 First, my dogs got used to my screaming in an empty house at the top of my lungs and then I actually began to believe it.

We get in life what we feel. When I became happy within my mind, my body began to change to match the perception of that feeling. Sure, it was the wonderful body that I now cherished so I didn’t want to feed it junk, but I didn’t have a void to fill either. The tense and mean old voice inside my head was quiet and the new one that shouted into an empty house every day was filled with boundless love and compassion. I made peace with my body and it got on with its job of being the amazing and awesome machine that has given me three perfect children and so many wonderful adventures.

I probably don’t look physically too different than before. I also stopped weighing myself because it seemed irrelevant. I don’t know if I actually lost weight, all I know is I stopped believing the number on a scale equaled self worth.

But, oh my, what an awesome feeling to really love your body and to begin to be able to take care of yourself from a position of what you are, not what you aren’t.

I LOVE my body. Let’s make this a new movement for female empowerment; it’s your turn to love yours.

check out this post for more reading on the subject: