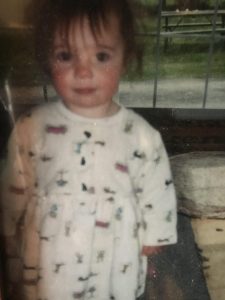 When my daughter, Holly, was five, a town in El Salvador flooded, leaving all its residents homeless, and many of the children orphans. The church we belonged to in Baltimore was sending a cargo plane down 24 hours later, and put out an emergency call to all parishioners to help fill the plane with supplies. Food, clothing, tools for rebuilding: anything and everything for a village that had lost 30 percent of its people and all of its most basic resources.

I found out about this tragedy on my way to pick up Holly from kindergarten. I called my team at the garden center, many of whom were from that region of the world, and told them to get all the tools and seeds we had not on display and send them to my house in a cargo van.  I explained to Holly what had happened at parent pick up. While I didn’t want to scare her, she had already been through a horrific divorce. I knew that she would understand loss.

Sadly, she had experienced it far too many times. 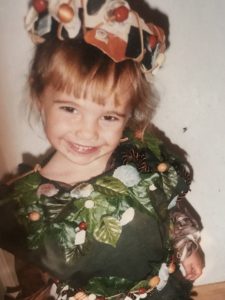 “Sweetie, there was an entire town in a country Momma loves very much that was swept away in a flood. The children of the town lost everything they had. Many even lost their parents. When we go home we are going to pack up all the clothing we don’t need anymore, and send it to them.”

Holly nodded soberly, and we came home and began to clean out closets. Our home had been a former crack den I was restoring room by room. My closet was still on the fourth floor.  There was a narrow staircase and a catwalk with no railings outside the hallway to Holly’s third floor room. I instructed Holly to pack up all the clothes and all the toys that she no longer needed before I went upstairs. I realize that it may seem bizarre that I spoke to her as if she were a small adult, but we had already been through too much for me to go backwards and treat her as normal five year old. She understood domestic violence firsthand and she had experienced loss in a way that few five years olds ever have to face. Within a few minutes, I had completely blocked the staircase to the catwalk with bags and I was afraid of her not being able to see the window was open.

“Honey! Momma is stuck up here. DON’T go outside of your room. As soon as I can clear the bags by throwing them outside, I will come down.”

“OK I need ribbon, Momma, can you throw some down?” 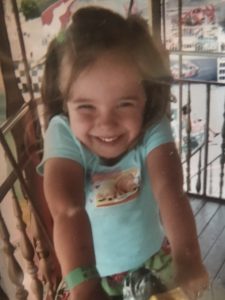 I threw a hundred yard bolt of ribbon to the edge of her door and just assumed she had gotten distracted like a normal child does and was no longer clearing out her room. I was surprised, but any normalcy was good thing at that point, even if it meant not doing what she was told.

About two hours later, I had packed thirty five jumbo trash bags with outgrown children’s clothing and shoes as well as any durable and practical women’s and men’s clothing I had stored. I began throwing the bags out of the window in an attempt to liberate myself from the blocked staircase. Our front lawn was littered with black trash bags, exploding from the top with Technicolor fabrics, by the time I finally made my way into Holly’s room.

She was sitting cross legged on the floor in the midst of an army of stuffed animals and shoes, tying bows around the pairs of shoes and around the neck of each animal. On her bed were her stuffed rabbit and moose, and in her closet was one pair of light up sneakers and one dress. Everything else she owned was folded neatly on the floor. She was biting her lip in her concentration while tying the bows, and didn’t look up when I came in.

“Sweetie, I said to pack up what you didn’t need, not everything you have. What are you doing with the ribbons?”

“I have more than enough Momma. If little girls like me lost everything it means they also lost their hair bows. I’m just making sure they each have a snuggle pal and a hair bow. Plus the shoes won’t get separated.”

She was so matter of fact, and so very practical, as she resumed her bow tying chore. I sat down beside her and helped her tie ribbons on the rest of the pile of clothes and shoes and toys on her bed and pack them in bags till there was nothing remaining in this small child’s room but a couple of shorts, a handful of t-shirts, a single dress, and a pair of light up sneakers. ChaqueFleur (her rabbit) and Jacques (her moose) sat on her bed.

She went over and picked them up thoughtfully. “Momma do you think it will be ok if I keep two snuggle pals? I know I only need one, but they need each other when I am not home.”

I was humbled by my five year old that day, and as I have been so often during the last thirteen years. This past year I watched this amazing young woman compete with her Mock Trial team in the National competition and become the number two teen attorney in the entire world. A coach from another team said to me after their final round, “attorneys like your daughter are born with an amazing gift that they refine with pure grit and determination. You must be very proud.” At the time, I simply agreed, but I wanted to add the following: 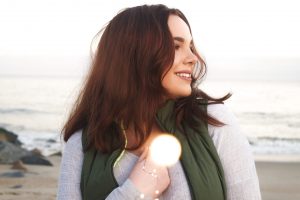 My daughter was born with that rare gift of a perfectly kind heart. She has true compassion and empathy, and no amount litigation will ever drive that out of her. By choosing the law she chooses how she will manifest that kindness and how she will practice that drive. From the time she was a small child she was determined to make the world a better place, a place where all children regardless of skin color or circumstance could live to their fullest potential. Our world  so desperately needs not only the skills of her fine legal mind, her sheer grit, but also her endless capacity for the compassion that is required to do the right thing even when it means personal sacrifice. We desperately need leaders like her more than ever.

After the excitement of the award had faded into an afterglow, I asked her what she wanted to do next.

“What I’ve always wanted to do, Momma, make the world a better place for everyone.”

When I asked her how she intended to do that, she informed me that while she still hadn’t ruled out being President, the youngest Supreme Court justice ever appointed was thirty.

She may not have decided yet, but I have no doubt whatsoever that she will change the world.

No doubt at all.

PS Happy Eighteenth Birthday Holly. I love you more each and every day. 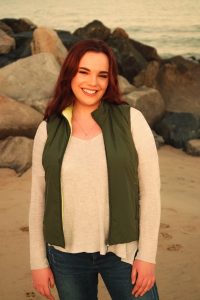