This past week my uncle died. He had begun raping me nightly when I was four and the abuse continued until I was nine years old. When I was sixteen, I told my family what had happened. I was not believed. When he finally admitted it in my early twenties, I was blamed. I had enticed and entrapped him. I was beguiling and seductive. My mother perched herself firmly on her victim pedestal. ‘How could he have done such a heinous thing to her,’ she wailed. The fact that it had happened to me was entirely forgotten in the midst of her histrionics.

I acted out in all the ways a victim of untreated childhood sexual abuse usually does and then added a few more bad behaviors to stamp my dysfunctional life with a personal flair. I developed an eating disorder, became briefly addicted to cocaine, was sexually assaulted repeatedly, dated men old enough to be my father and hopped in and out of beds and unhealthy relationships with dizzying speed.  Surprisingly enough, I put myself in therapy during my late teens, I can only imagine how bad things would have been if I hadn’t.

I began writing about my experience with sexual abuse long before the #metoo movement began. When I first submitted an article on victims of rape, I was told such subjects weren’t nice and didn’t need to be talked about publicly. When my #Metoo article was finally published last year, I was applauded for my bravery.

“I never trusted him” one of my cousins whispered to me after she read my ‘Rape of Justice’ post. “I never left my daughters in the room with him.”

Why the hell wasn’t I protected? Why was I the sacrificial Lamb? My aunt had known it was happening and chose to ignore the sordid and uncomfortable truth. Even my beloved Grandmother suspected yet chose not to believe what was happening right in her own house. My mother, while she self-servingly claimed to believe me, was so busy being the star of her own soap opera she couldn’t share the spotlight with anyone, least of all her damaged daughter. Everything he did to me was somehow done to her. Everything that I subsequently did while acting out allowed her to firmly own her ‘martyred mother’ role. She became the tragic hero and simultaneously the victim. I was just part of the chorus and not allowed to speak any lines.

I always imagined the day when I would confront him. Look him directly in the eyes and tell him the consequence of what he did, and what I had endured. Don’t get me wrong, I had seen him frequently over the years. He would stop in at my restaurant when visiting the beach with the latest girlfriend. He would pretend there was nothing more than a casual familial relationship between us. When I permanently ended my relationship with my mother she would communicate through him.

“How ironic,” my therapist pointed out.

Yet, I felt any confrontation would have just become my mother’s second act, another moment for her to bask in her imagined spotlight of grandiosity and take multiple curtain calls. So I didn’t say a word about how inappropriate his impromptu visits were, or how the touch of his hand made my skin crawl while simultaneously confirming what I believed I deserved. I never said a word about his smug ‘mansplaining,’

‘You should pay off your mortgage. Best investment you can ever make,’ he said.

‘Well gosh, silly me’, I thought, ‘I have been so occupied paying for therapy for the last three decades I simply forgot’.

But for just for one minute I wanted justice, too

I wanted, just once, to shout at him, ‘YOU DID THIS. YOU HURT ME.’ I wanted to wipe that inane superiority off his face. Now I can’t ever tell him what an impact he had on my life. I can’t tell him how I self-flagellated myself for years for what he had done to me, I punished myself in manners he couldn’t even imagine. How different things would have been had I not been raped as a child. How different my life would have been if I had felt I deserved happiness instead of abuse. What would have happened if that bubbling brew of self-loathing hadn’t boiled over at every turn?

While I was visiting friends in Hawai’i this past week I met two women who worked with victims of human trafficking, in Hawai’i and Cambodia. I think it hit me for the first time what human trafficking actually meant on a micro and individual level. It’s not that I didn’t know this problem existed, of course I did. I had just always changed the channel or turned off the radio. It brought back too many painful memories and reminded me of my own damage. Now I sat, and listened to stories of horror in an idyllic paradise while gazing over the sea.

One girl was sold as a virgin at eight years old and had been part of the sex trade for six years before she was freed.

One girl was held for 22 days and raped 198 times before she was rescued. 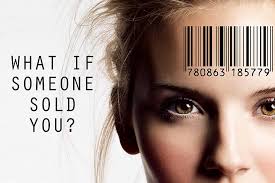 My story faded into the dull ache of pain from a wound long since scarred over. The stories I listened to were about girls  currently younger than my own. As a survivor I could give back. I could make a difference.

Then, ironically, the day after I met these women my Uncle died of a sudden and massive heart attack. It was almost as if when his role of power in my life had finally ended, his heart simply stopped beating. I have held this knowledge inside me for the last week, uncertain of how to describe what I was feeling.

For the days after I learned of his death I kept reminding myself every hour. ‘He’s dead.’ I would whisper, ‘he’s dead’. I would take my pulse and obsessively count its rhythm. As if reassuring myself that I was still alive and he didn’t take me with him. ‘I’m here, and I’m safe’, I would promise myself. Gradually something massive and weighty was lifted off my chest. I could breathe in and out with my full being, my whole soul. I placed my hand on my breastbone and felt the steady cadence of expansion and contraction as I basked in the warm Hawai’ian sun. I allowed each breath to release and dissolve the fear and terror of the small child who I had allowed to live into middle age. I slowly let my wings unfurl from the chrysalis where they had been trapped and frozen for so long.

When my cousin told me the news she acknowledged how complicated the emotions would be to put in perspective. Do I feel joy or relief? No, definitely not. If I take the components and diagram the emotional granularity, I am left with the language of freedom. If there is any relief, it is tinged with regret for lost opportunities. If there is any joy, it is in the knowledge that for the first time I can truthfully say, “That was then, this is now, and what happens next is entirely my choice.” For the first time I understand what ‘freedom,’ with all its complications, actually means.

I will be doing some fundraising for the Hawaii based organization, with my new friends there. At some point I will be going to Cambodia to visit the Brewster’s and to teach their rescued girls how to cook.

My life is filled with wondrous possibility.

One Response to Justice too